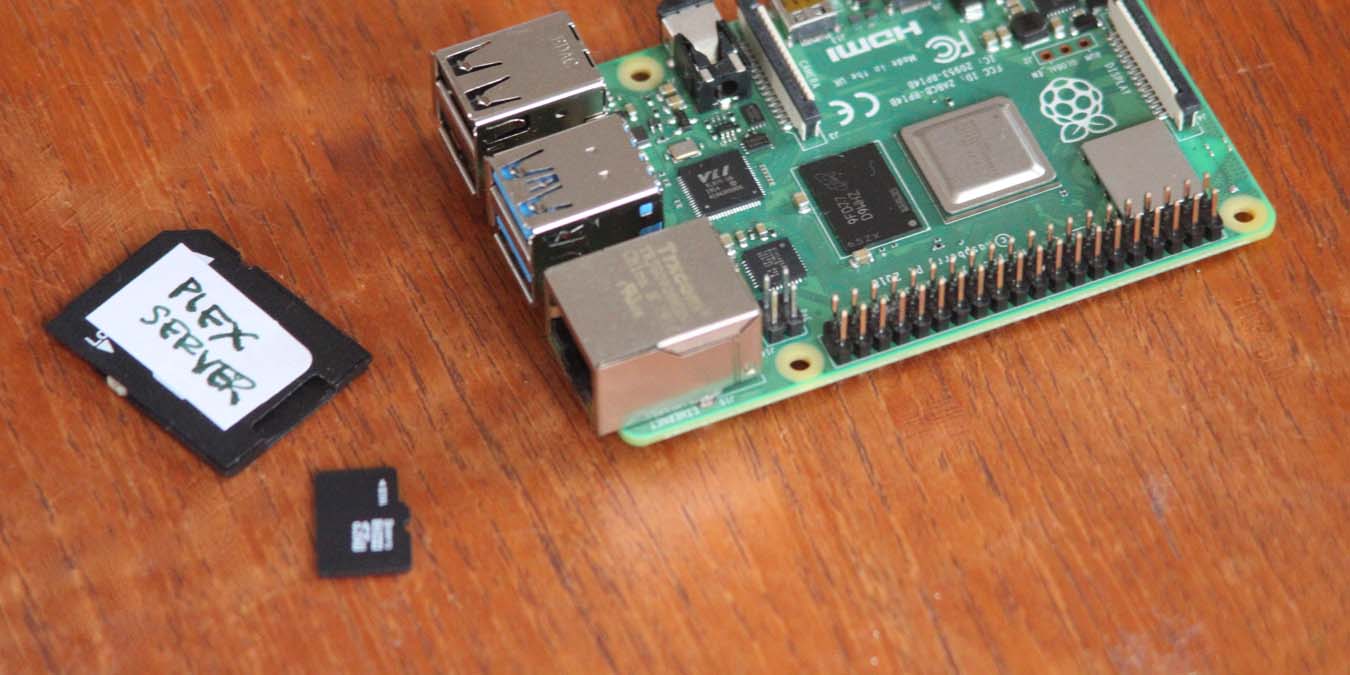 Although some versions perform better than others, all models can provide a compact, inexpensive, low-power media center solution.

There are several Raspberry Pi media server solutions available. We’ll go over each of them in detail below, examining their features, benefits, and drawbacks.

Why Use a Media Server Distro for Raspberry Pi?

Raspberry Pi supports a variety of media server solutions.
These range from video-only servers to audio-only systems, with the majority of them supporting all types of media.

In contrast to the other examples here, some manual configuration is required, as explained in the video.

MiniDLNA/ReadyMedia is DLNA/UPnP-AV compatible once installed, therefore any DLNA-compliant device on the same network should be able to discover your Pi. The media will then be streamed to the device by your Raspberry Pi DLNA media server.

If you want a simple Raspberry Pi streaming server, this is the option to chose. It is fast, lightweight, and readily adjustable. Consider other solutions for media indexing.

Kodi, maybe the most well-known name on this list, is now available on the Raspberry Pi.

While Kodi’s glory days are clearly behind, there are various Kodi builds for Raspberry Pi available, including entire distros like LibreElec and OSMC. Both Kodi configurations are compatible with all Raspberry Pi devices.

However, you can manually install Kodi on an existing Pi operating system by following these steps:

But wait a second. Installing Kodi must result in a Raspberry Pi media center, not a media server. You’re only half right. Because Kodi includes both sorts of functionality, it is included in this list.

Because DLNA/UPnP support is included, Kodi (and its forks) can be used as a media server.

If you already use a Kodi-based distribution, you don’t need a media server because you already have one. To enable it, navigate to Settings > Services > UPnP. Enable Share movie and audio libraries via UPnP here.

You may now broadcast content from your Kodi-based system to other network devices. Set this as a Raspberry Pi 4 media server for the best results.

Mopidy is more than simply a music server, with support for custom extensions including Python, JSON-RPC, and JavaScript APIs. It has the potential to be the most powerful Raspberry Pi music server accessible, and it can play music from:

Mopidy is installed on a Raspberry Pi integrated in a classic tape player in the following video. Audio is played back using a bespoke Mopidy extension with the controls and volume connected to the Pi’s GPIO. NFC tags embedded in the cassettes trigger the playback of specified Spotify playlists. This is just one example of how Mopidy’s extension support can improve your audio experience.

OpenMediaVault, while closer to a NAS than a media server, is the obvious choice for Pi users who want to access their media files from any device on the same network.

The setup is simple yet time-consuming. You may experience initial difficulties mounting any hard disk drives you have attached to your Pi. This should swiftly resolve, allowing you to properly configure the system.

OMV includes capabilities such as UPS (uninterruptible power supply) support and statistics to aid in system monitoring. EXT3/EXT4/XFS/JFS file systems are also supported; and RAID can be configured for HDD mirroring.

For direct connection to your OMV device, SSH, FTP, TFTP, SMB, and RSync are all supported. You’ll normally access it through a web browser by entering the IP address.

OMV also has a number of plugins available; including a USB backup facility and other tools for extending functionality. You’ll have your own Raspberry Pi home media server ready to use once it’s been properly installed and configured.

Over time, Plex support for the Raspberry Pi has expanded, with client-only builds giving way to more complex choices. Because of the capability of the Raspberry Pi 3 and 4, it is now possible to create a Plex-powered Raspberry Pi media server.

Because of Plex’s ubiquity, you’ll be able to watch movies from a Raspberry Pi on a variety of devices. Apps for Android and iOS are available. Meanwhile, Plex clients are available on video streamers such as Apple TV, Amazon Fire TV, and many Smart TVs.

Clients are available for current and previous-generation consoles; Windows, macOS, and Kodi, not to mention the RasPlex client for earlier Raspberry Pi devices.

Plex requires that your files be named in a certain format. This allows the software to retrieve the necessary metadata from the internet. Plex will then display information on the media files in your library, such as album or DVD covers, track listings, and so on.

Currently, Plex should be your primary pick for a Raspberry Pi media server. For the best results, use the Plex Media Server build for Raspberry Pi. Also, keep in mind that you may subscribe to Plex Pass for even more features. More information can be found in our guide to converting it into a Plex media server.

HiFiBerryOS, a smart replacement for the now-discontinued Pi MusicBox, design to work on Raspberry Pi 3 and Raspberry Pi 4 devices. It will run on the Pi 0W and the Raspberry Pi 2; although these devices have not been tested.

The availability of Ethernet, which is more dependable for music streaming, is a benefit of using the Pi 3 and Pi 4. Of course, they’re more powerful than previous generations; with CPU and RAM upgrades critical to smooth performance.

HiFiBerryOS adds Airplay, Bluetooth (something the Raspberry Pi 3B does not have), DLNA, Logitech Media Server/Squeezebox, MPD, Snapcast, Spotify, Roon, and web radio station capability. That’s a high-fidelity experience held together by a snappy user interface based on Bang & Olufsen Beocreate, a separate project by the high-end electronic music developers.

HiFiBerryOS, together with the tools for building a Raspberry Pi music server; can also utilize with HiFiBerry DSP and other DAC (digital-to-analog converter) boards available from the HiFiBerry shop.

7. Use Raspberry Pi as a Media Server With Emby (Seventh point out of 7 ways to set up a Raspberry Pi media server )

Emby is a media server that can handle photographs, movies, and music. Apps allow you to broadcast data to Android, iPhone, iPad, and Windows tablets, Android TV, Amazon Fire, Chromecast, Roku, consoles, and even another Raspberry Pi!

Emby also adds DLNA functionality to the Raspberry Pi, making it easier to stream multimedia to and from your server.

It can install in a variety of ways. The most straightforward way is to utilize the low-footprint Raspberry Pi distribution DietPi. After installing this, go to the Software Optimized menu and then Emby Server.

Learn more about Emby at emby.media, and check our guide on how to transform your Raspberry Pi into a media server with Emby.

Build a Media Server With Raspberry Pi 4 and Below

We’ve given you seven different ways to configure your Raspberry Pi as a media server, capable of sending movies, images, and music to devices across your home at the touch of a button.

Each solution’s setup is quick. In minutes, you should have a Raspberry Pi media server up and running, ready to stream files across your home. It’s simply one of the great uses for a Raspberry Pi, regardless of model.