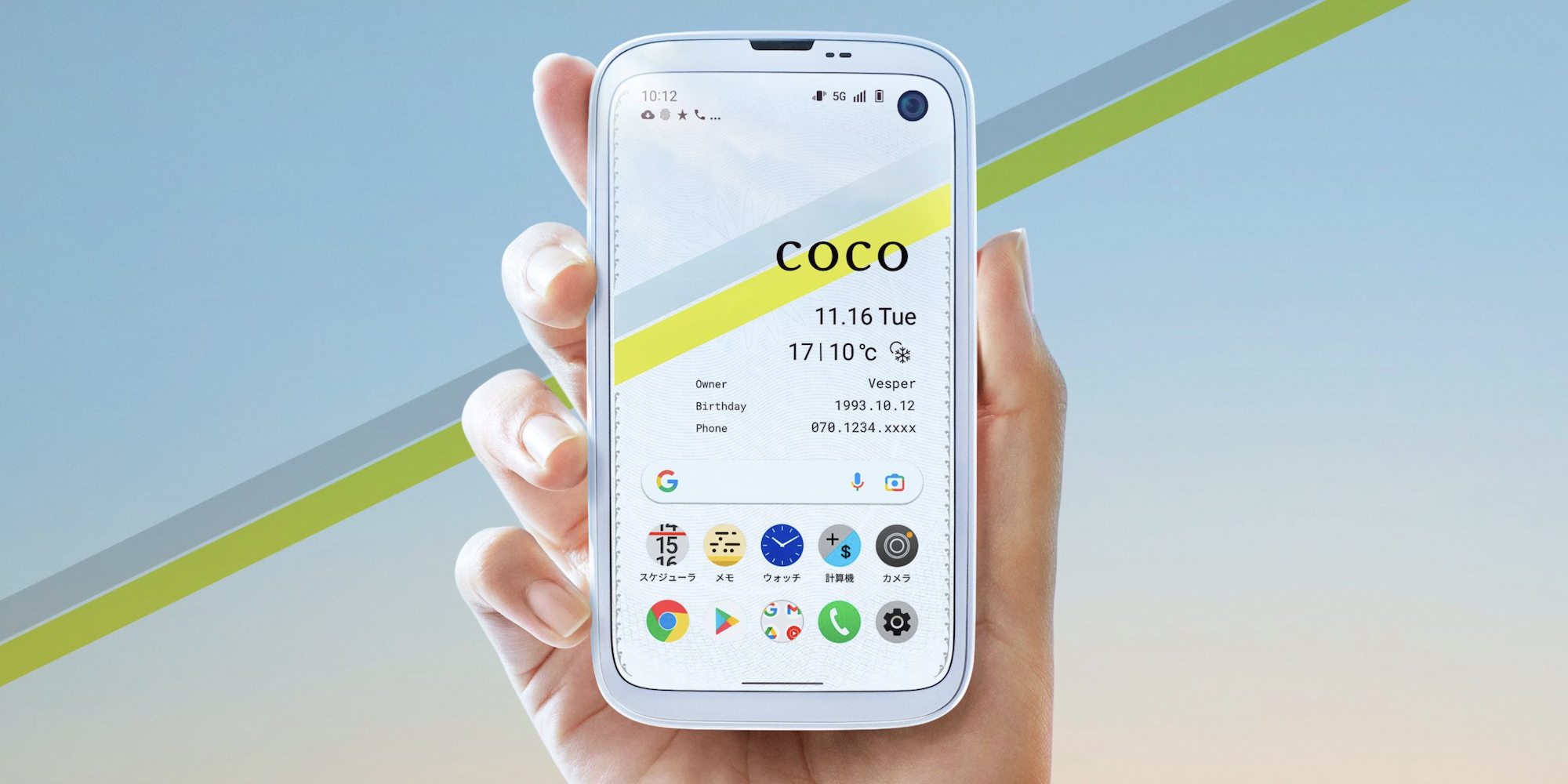 At a press event in Tokyo today, Balmuda, a Japanese design business, launched its first smartphone. Balmuda Phone is the first product from Balmuda Technologies. Previously, a new division of the company was famous for appealing, high-end household products such as air purifiers and rice cookers.

The Balmuda Phone, as you might assume, is unlike any other phone on the market. On stage, CEO Gen Terao stated that smartphones have become excessively bulky and clunky in recent years. Therefore the Balmuda Phone was created with compactness and elegance in mind. It sports a 4.9-inch 16:9 1080p display that is roughly similar to a 4.7-inch iPhone SE; the display is somewhat larger and the phone is 2mm wider, but the phone is 15mm shorter thanks to the thinner bezels.

The rear panel of the Balmuda Phone is a full 13.7mm thick at its thickest point, yet it thin down dramatically toward the corners. In the top right corner, there’s a single big camera with a 48-megapixel sensor, and in the upper left, a similar-looking slot houses a fingerprint sensor. A hole-punch design in the upper right of the screen houses the 8-megapixel selfie camera.

The phone’s specifications are in the middle of the pack. 6GB of RAM and 128GB of storage come standard with the Snapdragon 765 processor. The battery is just 2,500mAh, which should be partially compensated by the lower-power CPU, though we’ll have to wait and see. Thankfully, the phone supports wireless charging.

Balmuda’s design is where it truly sets itself apart. It’s a well-worn tech writer cliche to claim that something “feels wonderful in the hand,” but with the small size and curved back that nestles into your palm like a pebble, Balmuda’s purpose was evident. Granted, I have huge hands, but I feel this would be more comfortable to use than the giant 6-inch slabs that most of us now tote around. Despite the fact that the case is made of plastic, the build quality is outstanding, and the textured back panel contrasts beautifully with the shining borders.

The software, which is based on Android 11, is also somewhat different from what you’d find on today’s Android phones. There’s an interactive home screen that lets you personalize different features of the wallpaper for different shortcuts; for example, you might swipe on one of the lines to open Google Maps. Horizontal swipes switch between the built-in apps, such as the calendar, notes app, and calculator. The notes app’s visual chronology of images and memos, or the calculator app’s built-in currency conversion and capacity to handle big Japanese numbers which number in the tens of thousands rather than the thousands, were all nice design elements.

The Balmuda Phone will be available in Japan on SoftBank’s contract later this month, and Balmuda will also offer an unlocked handset for 104,800 yen (about $920). That may seem like a lot of money for a small Android 11 phone with these features, but $329 is certainly a lot of money for a toaster as well. In both situations, you’re paying for the design and user experience rather than the bill of materials, so this isn’t for somebody looking for a standard Android flagship. As someone who owns Balmuda’s toaster, I’m curious to see how the phone functions in regular use because, as much as I like my toaster, a smartphone is significantly more important in my life.