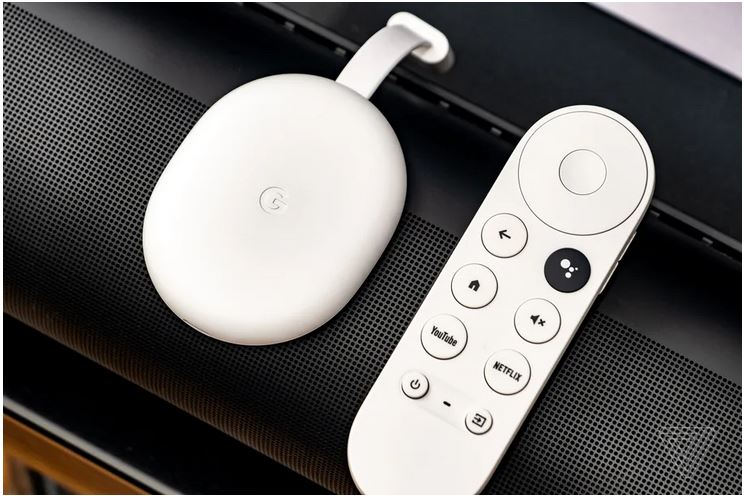 Protocol disclosed in January that Google was working on a lower-cost Chromecast video streaming dongle with a 1080p resolution that may market as the “Chromecast HD with Google TV.”

According to a new Google filing with the Federal Communications Commission (via Droid-Life), that device is absolutely on the way.

However, the FCC petition does not establish the existence of a Chromecast. For the time being, it is simply known as the “Google G454V.” There are no tasty leaked images; the documents just describe the item as a “wireless device” with dual-band 2.4GHz and 5GHz 802.11ac Wi-Fi and Bluetooth LE.

But, if you’ll allow me to draw your attention to this diagram for a moment. Then I believe everything will become clear:

Notice how it has a remote controller. And how it was tested streaming video at 1080p in a relevant section of the file below?

Now, I suppose you could put something else behind a screen instead of a Chromecast. But, it seems unlikely we’re talking about a Nest wireless speaker. While you could conceivably pipe streaming video to a wireless speaker or something similar that could send video to the TV and have a remote control, no HDMI cable connects to the device in the test setup. Furthermore, across its Nest smart device portfolio, Google has consistently preferred barrel jacks for power.

However, Google does have a device with a remote controller and USB power that can plug straight into a screen without the use of any extra wires. So I’d astonish if this isn’t the Chromecast discovered by Janko at Protocol.

Not every item that passes the FCC that release, but manufacturers usually don’t submit them until they’re almost ready. I’d wager the pricing of a low-cost Chromecast will be available this fall. I’m curious how low Google will go. The current Chromecast with Google TV already supports 4K HDR for $50 (now on sale for $40).